The POTUS hit a trifecta this past week, by publicly insulting 3 black female journalists. 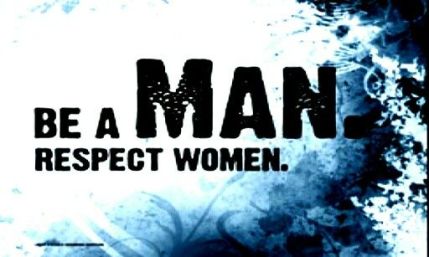 The women – Abby Phillip, April Ryan and Yamiche Alcindor – earned his contempt apparently just for asking him questions. Mr Trump called one of Ms Phillip’s questions “stupid,” described Ms Ryan as “a loser” and brushed off Ms Alcindor, saying her question was “racist.” These are professional reputable women, being debased and bullied by a non-professional POTUS, how disgraceful! One would normally expect a leader to exude qualities of honesty, kindness and treating everyone equally. Not so with the current malignant narcissist in office.

As a Christian, Seminary student and Citizen, I simply cannot remain silent regarding the discrimination towards women from the current POTUS. We know from scripture that Jesus himself while on this earth, treated women with honor, value, dignity and respect. Jesus elevated the status of women when historically at the time women were generally discriminated upon. For Christ, women have an intrinsic value, equal to that of men. Jesus said, “…at the beginning the Creator made them male and female” (Matt 19:4; cf. Gen.1:27) Women are created in the image of God just as men are. Like men they have self-awareness, personal freedom, a measure  of self-determination and personal responsibility for their actions. As a Christian, I am ashamed for the POTUS in his disregard and abuse of female citizens. As a nation, we should not accept such behavior from the POTUS, and he needs to be called out on it, not expecting such disregard to be tolerated. He needs to get his act together, or as a juvenile he needs to permanently stay in the time-out chair. Call the White House at 202-456-1414 and voice your strong concern and support for women. Let the POTUS know this is not acceptable and truth be told, not Christian.

I graduated this past May with my Master’s of Divinity at Chicago Theological Seminary. Additionally, I work as a Family Practice Physician, so I strive to treat both body and soul! I keep my finger on the pulse of politics and give perspective on how to navigate the terrain of both government and society for the better! View all posts by Barbara Bellar

4 thoughts on “MORE THAN A WOMAN!”